My First Visit to the Jungle

My first visit to the jungle of Peru and my first tree dieta, which was done in town.  I learned quickly that this is not the best way to be in dieta, as it is important to truly be alone with the jungle and medicine trees.  My relationship with the jungle is so different now, and I really love being down there on dieta.

But I found this old writing and thought I’d share some of my personal experience and process from a couple of years ago.

If you lie down long enough, staying very still, the earth herself will eat you up and compost you to be food for trees and plants and flowers.  You could end up becoming a leaf so large that animals shade beneath you, or come to you to gather water.

She is most definitely female, capable of expansive, lush offerings as well as being able to eat you alive, lick her lips and move on without a care.  She creates cowboys, goddesses, priests and priestess of all ilk.  She grows intimately and seductively, large and disorderly.  She is chaos and complete order.

Much like Kali, the jungle will tear you down to build you up.  She will ravage you, stun you, caress you and beat you into submission all at the same time.  She is most definitely not for the faint of heart and she does not care one iota if you like her.  She was here first.  She will be here last.  Humans are but a drop of sweat to her, wiped away if she should decide.

And like most powerful mirrors that force me to look directly at all of my shadow and fear, I hated her the instant I met her.  Truly.  Hated her.  Hated the heat, the humidity, the never-ending sweat, the beating sun, the noise of the city rattling with mototaxis and motorcycles.  I hated the hardness of it all, the dirtiness, the noise, the constant movement.

I hated that people were actually able to survive in this pit of a place, with roads unpaved and filled with stones so that you are pounded wherever you go.  I could not fathom why anyone would live here, why anyone would put up with this filth and heat.  Why didn’t these people go somewhere else livable?  Why did they put up with non-drinkable water and trash all over the streets?  Why did they live with all the challenges and hardships?

I hated the loud noises from the people as well as the forest; the late night music for everyone to hear even if you don’t want to; the fireworks, for no apparent reason and certainly nothing to celebrate; the barking dogs… oh my Lord the barking dogs, and the who-knows-what (bugs and critters) making noises in the trees that could wake the dead, who then are joined by the crowing roosters in a cacophony of sound that could drive a person insane.

I hated the smells, the sounds, the sights, the feeling… all of it.  I hated it.  I hated that I had wasted my money to come here and that I had no idea why I had planned 10 whole days here.  I started checking online to see if my airline ticket could be changed to send me back to Cusco as soon as possible.

To me, Cusco has always felt safer, more comfortable, civilized in a way that the jungle just can not understand.  I desperately wanted to get out of this jungle and back to the mountains as soon as I could.  But I was on dieta, tree diet to be exact, and I wanted to give it a few days of my diet, at least, before running away as fast as I could.

Those first few nights were horrid.  On day 3, my upper back seized up, so then I had to contend with being in absolute pain, as well as thinking that I might actually die of heat exhaustion.  My anger was at a boiling point and I ended up in tears.  I spent the next 24 hours mostly sleeping and resting in bed.  I got annoyed at the gringo kid playing his guitar through an amplifier for everyone to hear.  I got annoyed at the people making noise around the neighborhood.  I got annoyed at the bars and their music that wafted into my window.  I got annoyed about everything.

I lay in bed and fumed until I thought I would explode.

Yet through this entire experience the trees were talking to me.  Capirona and Chuchuhuasi especially, since I was daily ingesting a tea made from their barks.

My dreams became more vivid and I found myself singing in a dream as I woke up one morning.  I began singing more to the tree medicines before ingesting them and remembering how I feel better when singing medicine songs.  I started to come alive again.

And something began to shift.

I was still in physical pain and moody because of it, but things were shifting.

Despite hurting quite badly, I was determined to meet the man who had harvested the tree barks I was working with, and this led to finding out he has a friend who grows cacao.  Later the same day, I got to meet his friend with the cacao and try it out.  This felt like, finally, a good day and I was slowly starting to feel connected to other people in the community here, albeit loosely and without actually speaking their language.

I was learning what people do here, why they live here, what’s important to them.  Stories make all the difference.  Stories create connection.

After returning to my retreat space, I decided to just let the gringo guitar music relax me, since it was some pseudo-jazz-new-age combo that would be great for a massage session, so I just let it be and didn’t let it bother me.  I started really listening to all the noises outside, determining what was man-made and what was of the jungle, getting to know the different critter noises even if I didn’t know the specific critters.  I let the noise of the fan drown out the incessant barking and I closed the windows for a little peace, which allowed me to sleep better, and I began to more deeply relax, and heal.

I could feel that I was in better spirits, that I was not letting everything get to me and I no longer hated this place.  I actually felt gratitude for my retreat space, for this time here, for all the challenges that were opening up awareness.

Finally, I spent today, Christmas Eve, with a friendly taxi driver named Luis who took me to a cacao farm on the way to Lamas, where we took their tour and learned about all the different cacaos that they grow, as well as other crops.  Connecting in nature, learning about how they work with different trees and plants to conserve and even create water.  Petting sweet dogs.  Eating cacao beans straight out of the pod.  This has been a good day.

Visiting the small town of Lamas, getting to see that there are areas mas tranquilo, and experiencing the beautiful jungle countryside and surrounding mountains.  It was good for me to spend time outside of Tarapoto and recognize all the beauty that surrounds it.  At the same time, I also saw more of Tarapoto and began noticing there is much more to this place than I had allowed.

The people are genuinely friendly.  They are not used to seeing many tourists so I stick out quite a bit and tend to attract attention.  Yet, they are kind and helpful, always.  Yes, they will charge you double what a mototaxi costs a resident, but the price is still so incredibly cheap that you won’t know the difference.  They will make an effort to understand Spanglish and they will do their best to help you out if they are able.

I spent Christmas Eve night seeking a restaurant which would be a good fit for my special diet while working with the tree medicines.  All of the vegetarian and vegan options being closed, I walked and explored for a while, settling on a sweet café in Plaza de Armas.  It gave me front row viewing to the over-the-top festivities that is Christmas in Tarapoto.

After an auspicious and fortuitous encounter at the café, I took an after dinner walk around the Plaza, taking photos and video to share with friends at home.  I was having a good time and despite all the noise and chaos, I was enjoying myself.

Tonight I remembered that there have been any number of things that I now utterly adore, that at first I hated.  And what are love and hate anyway, but the same emotion on opposite ends of the spectrum.

I can feel, deep in my being, that the very things I hated about the jungle are what I love about it.  Where else can I be stripped to my core, my essence, and allowed the opportunity to face my darkest fears?  Where else can I transform from such an offering as this, surrounding me 360 degrees and opening my every pore, physical, spiritual, mental and emotional?  Where else can I be offered such grace, compassion, patience and humility?

Only in la selva. 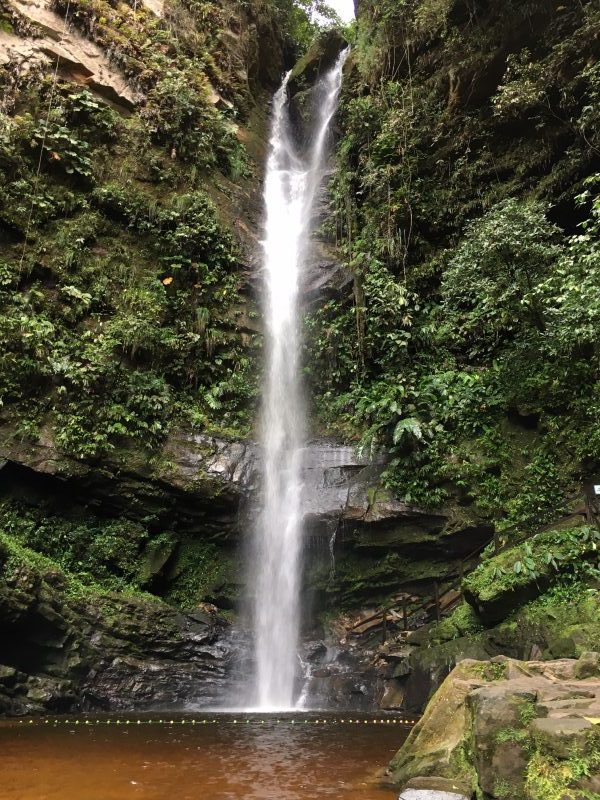 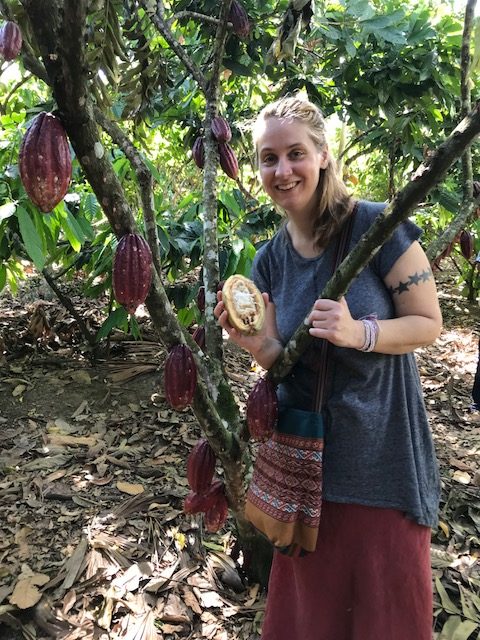 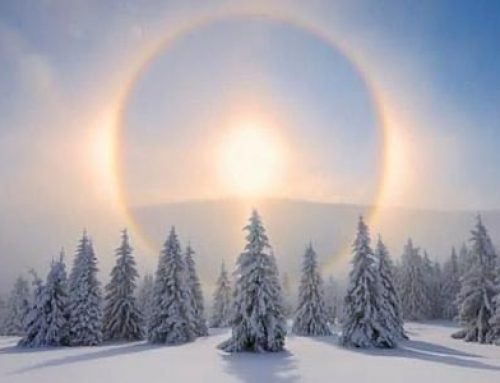 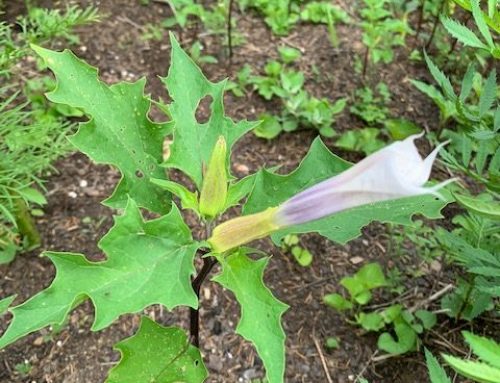 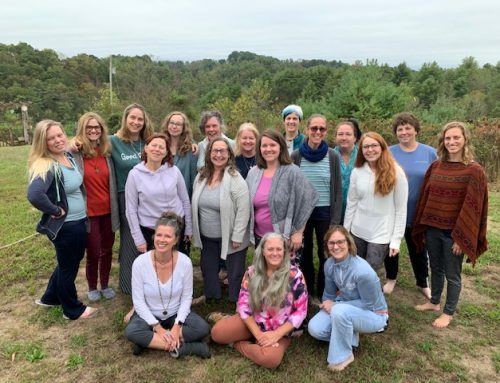 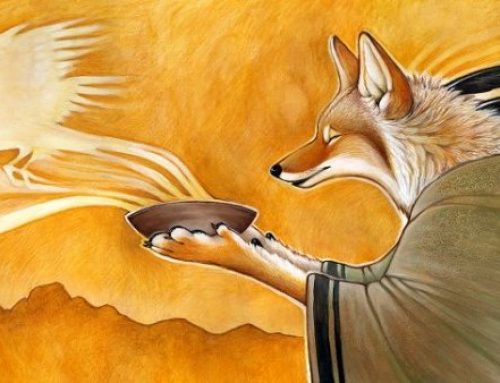